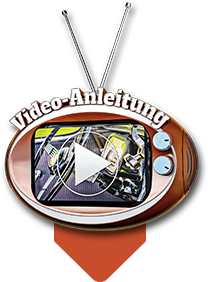 Rent a Rover 3500 and drive it yourself with unlimited miles! Classic 70s color with red interior, automatic and of course the legendary V8 engine. The sound sounds like a muscle car, but our Rover is very dignified to drive. The spare wheel on the trunk could also be placed in the rear, but then there was not much space left for luggage. The model called "P6" was also considered the English counterpart to the Citroën DS, since Rover also reached deep into its bag of tricks and gave the sedan some technical goodies.

The P6 is a fantastic touring car. It is very easy to drive, once you’ve got the hang of the randomly scattered control buttons. That’s how it was back then in 70‘s England…

In comparison to today’s vehicles, the slightly indirect steering requires some effort, especially when manoeuvring.

The steel sunroof and the superb full leather trim gives rise to the British club atmosphere.

The P6 is a stylish companion for the extended weekend trip to Lake Geneva or for the holiday trip wherever, or just for going to the family party in the 70’s style.

Only 98 octane petrol (or higher) may be used!

Using the Buick Small Block V8, 3528 cc, 158 kW engine from the Buick Special, Rover saw an opportunity to set the P6 apart from its rival model, the Triumph 2000. Therefore, Rover acquired the rights to this aluminium engine, which proved successful. In the P6 it produced some 102 kW.

The car had automatic transmission as standard; by 1971 the Rover 3500 S came out with manual transmission.

The Rover 3500 was manufactured from spring 1968 (one year after the acquisition of Rover by the owner of the Triumph plant, British Leyland) until mid-1976.

Feedback was already given by word of mouth. Great vehicle with emotional value to me.

Ronald is a wonderful vehicle that is fun to drive. My son, who is about half the age of the car, also liked it. There are slight drawbacks because of the spongy steering and the inaccurate instruments.

The P6 is a fantastic classic. In good shape with a wonderful engine and a great V8 sound. Very comfortable and pleasant to drive. We enjoyed the trips very much. Many thanks to the Rent a Classic team for the cool offer.

Hello
It's a very nice car. It's fun and has a great sound.
Everything worked out fine, I will definitely rent it again.
M..Müller